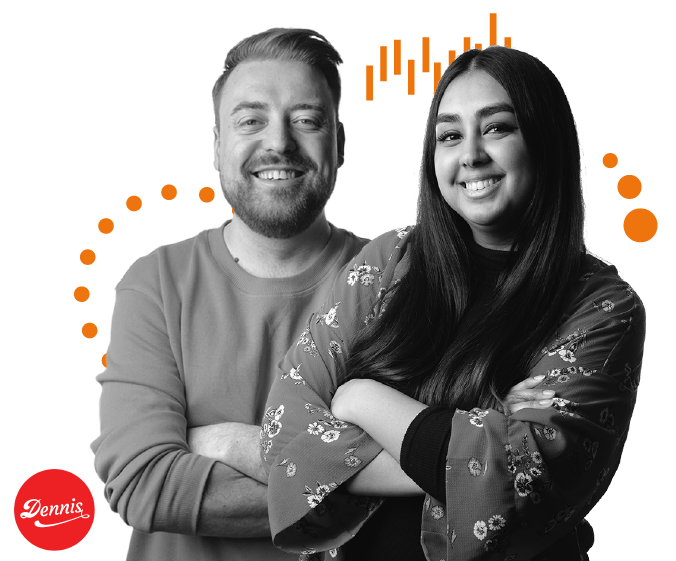 With almost 30 magazines, a 50-year heritage in the industry, and offices across the globe - Dennis Publishing is one of the sector’s most well known media houses. As the printers behind titles including Viz, Metal Hammer, Auto Express, Maxim, and The Week - Dennis Publishing has grown from a one-man operation in the 70s, to more than 1,000 employees, spread across the UK, New York, and Washington D.C.

The problem with explosive growth is that everything and everybody has to keep up.

Hassan Mansoor, Head of Infrastructure, looks after the group’s systems, offices, and IT, on both sides of the Atlantic. He leads a team of engineers, but more importantly is the go-to person for anything related to emails, files, data, and the cloud.

When he joined the company, he did what any self-respecting technical specialist would do, he audited the company’s software to see if everything was up to scratch. When he got to CloudM, he had two main thoughts:

“Firstly, I knew we were going to stick with it, because it was useful in making changes to Gmail accounts like adding signatures, aliases, and out-of-office messages. That saved us time as we didn’t need to wait for an employee to have five minutes, so we could take over their screen and solve a problem for them.

But secondly, when I was doing my product selection and checking out competitors, I came across the list of things we weren’t doing with CloudM. I couldn’t find another product which did email archiving as well, but this led me to discover the onboarding and offboarding processes in the software. It was taking me 45 minutes to onboard or offboard a user at that time, and with the growth we were experiencing, I was running out of hours in the day.”

Hassan asked CloudM for a full product demo, and Ryan, Customer Success Manager, got in touch to walk him through the software.

It became clear that the platform could solve a multitude of problems for the publishing firm. It could speed up onboarding and offboarding, it could unify employee signatures across the globe, it could migrate data easily, and it could take away a lot of manual processes.

Hassan got to work immediately.

“One of the first things we did was migrate a bunch of data from on-premise to the cloud. There’s not much to say other than it just works, like a charm. I let it run and the software does its thing, with no limitations and with redundancy, so if there’s a problem I can skip the step and come back to it. Other migrators don’t have that, so you have to start again.”

“Next, I built CloudM into our employee onboarding and offboarding processes. We were doing everything manually before, becoming bottlenecks, and running out of time. Now everything happens with just one click of a button. For offboarding, it archives the emails, it changes passwords, removes access, then deletes the user. I must have used it for 200 - 300 people since I joined, which at 45 minutes per person would have taken me a full month of solid work. With CloudM it’s seconds per person.”

CloudM also gave Hassan a visual display dashboard, so that he could export reports for his leadership team and board. Instead of consulting spreadsheets and designing presentations, he can export directly from the platform and send to his stakeholders.

“One of the things I’ve been most impressed with is how well it works with Google, and how much better it makes Google Workspace. There’s a lot you can’t do within Google that CloudM makes possible. For example, when a user account has multiple addresses, Google’s Admin Console wouldn’t show you the full list. CloudM gives you an export option, of all the addresses and who uses them. It’s so simple but so good. I don’t use Google Admin Console any more, I do everything through CloudM - including password resets, suspending users etc.”

Both the COVID-19 pandemic and the nature of the company’s global workforce also meant that managing email signatures was a complex challenge. Hassan wanted to automate the process, so that everybody had the right signature all the time, even on their first day in the office. But he also wanted them to have different signatures based on where they were based in the world.

“That’s when Ryan introduced me to Smart Groups. Now, when a user joins the organisation, I simply drag and drop their account into the right organizational unit, which then adds them to a Smart Group. So if they’re in the New York Smart Group, they have a certain signature, certain settings, allowances, access rights, and permissions. They don’t need to do anything, and for me it’s just a few clicks.”

“Ryan, and the whole support team, have been great. Even this product would fall flat without the right team behind it, but CloudM is perfect for our business in every respect, and I’d 100% recommend it to other complex and growing companies.”

Find out more about our offboarding feature here.