Using the full power of CloudM as a multi-brand Group

“Some things Google just isn't good at, but CloudM is.” - James Murty, Head of IT Operations, Winning Group 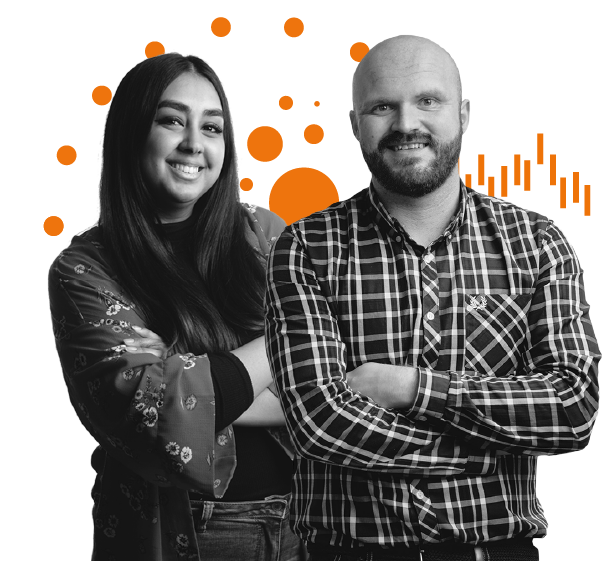 The Winning Group is an Australian, 4th generation family-owned business that goes back to 1906. The company comprises various brands such as Appliances Online, Winning Appliances, Winning Services, Helix, and Home Clearance. Across these brands and more than a century in business, Winning Group has served over two million happy customers, employs over one thousand people, and has several hundred IT users.

With a company as diverse in its interests as Winning Group, there is a broad spectrum of challenges to overcome. Employing over one thousand people, from plumbers to graphic designers, forklift operators to software developers, in 35 locations, with distribution centres across Australia and New Zealand, it’s a mammoth task to bring all these people, brands, and logistics together.

James Murty, Head of Technology Operations, came on board a decade ago, and since then has been bringing the company’s IT systems up-to-date, unifying all brands under the same platform, and handling the complex and fast-paced turnover of employees.

“I was hired by Appliances Online, one of the subsidiaries of Winning Group. From there it was almost like a “reverse takeover” of the company, as we transferred from on-prem to the Cloud, and then started to do the same for the other brands under the umbrella.”

There have been three of four major takeovers by the Winning Group in the previous 10 years, with James overseeing those mergers. “The last time we did a really big migration was probably about eight years ago. We used a contractor who had a number of different products, some of which we kept after the migration, but their licensing model made it unattractive from a financial point of view.”

The company also acquired a number of smaller businesses, making migrations quite common. Some of the smaller acquisitions were done manually, using Google’s free migration tools, but of course, they brought their own problems. In fact, it was a Google Partner that recommended CloudM to James for their next Migration.

“If you’ve got fifty users or fifty thousand, there’s a tool set there in CloudM that fills a lot of gaps in Google’s offering."

“We used CloudM for a serviced migration of about 50 or 60 users, probably upwards of four terabytes worth of data,” James explains. “It took a couple of weeks and there were no issues at all, but it was pretty early in the introduction to CloudM when I realised I definitely wanted this software.”

Initially, James sought CloudM for a tactical migration solution, but from his first conversation he could see the potential of the wider management platform. Features such as automation, archiving and dynamic user groups could benefit him on a daily basis, but two things really jumped out for him: Role Based Access and our onboarding/offboarding functionality.

“I have an admin team that handles a lot of stuff, but I don’t want to give them full access to everything. It’s not that I don’t trust them, I just don’t want to put them in a position where a user is demanding something and they have trouble saying no. With your selective access, I don’t have to worry about it because they only have access to what they need.”

When it comes to onboarding and offboarding, our software paid for itself in time saved alone.

“Our number of staff is growing year on year, but the turnover is insane,” James told us. “We have a lot of seasonal workers, there’s a high turnover in the construction industry, and our employees move from brand to brand, so about 25% of our workforce turnover every year.

“For example, we have a call centre and most of the people there are students working temporarily, so they come and go, so onboarding and offboarding is a huge part of my time. Unfortunately, Google doesn’t have a nice way of offboarding people built into their product. CloudM’s offboarding workflow easily saves me 5 - 10 hours a week.”

“The time it saves me is the crucial thing. I’m literally saving ten hours a week on this one thing alone.”

An unexpected bonus for James was our Archive tool.

Due to the nature of having so many different businesses under one parent company, data is never deleted and must be easy to find if necessary. Contracts that last five years might have been signed by someone who moved on after a year, so all that information must be saved and accessible.

“All these different HR departments, all recording their data differently, nothing is unified, nothing is the same… it’s a logistical nightmare. We’ve been using Amazon S3 to store everything at a considerable cost, but now we just use CloudM Archive and it’s all automated. The time it saves me is the crucial thing. I’m literally saving ten hours a week. It’s great, once they go into that offboarding pipeline I don’t have to think about them again.”

With a background working for legal entities and Universities, James takes security very seriously. Before using CloudM, managers had no way to delegate. The only way to set a user’s account to “away” for example, is for the manager to access their mailbox.

“No one should have access to someone else’s email. CloudM allows us to be a lot more granular about what we can do. There are plenty of other organizations where I can go into your private data and poke around without leaving a trail. That doesn’t sit right with me. I don’t want my staff to ever be in a position where they’re accused of having access to things like payroll or intellectual property. The immutable audit trail is there, so if anything ever gets called into question you can go back and have a look to see what actually happened.”

“I have absolutely nothing negative to say about my experience with CloudM, it was great working with you guys. Everyone was so nice and professional.”

Looking toward the future

This is just the start of Winning Group using our platform for their range of brands.

“We have a migration coming up in the next couple of weeks. You guys built a server for me to test it on, which was a lovely touch. I’m only migrating around 15 people, so it’s perfect to try doing it for myself to get the hang of it before we attempt a larger one.”

And with 30 domains under winning.com.au and people constantly moving between brands, keeping on top of email signatures is next to impossible. “Once we get our directory fixed and I figure out the structure of the organization, the email signatures are going to help so much,” James says. “Especially when your new alias domain signature feature comes in in a few weeks.”

It’s fair to say that James is happy with our platform. In fact, he has already recommended CloudM to others, including one of their competitors!

“If you’ve got fifty users or fifty thousand, there’s a tool set there that fills a lot of gaps in Google’s offering. There are some things that Google is just not good at, and managing groups is one of things. CloudM fills that gap perfectly.”

University of North Carolina at Charlotte